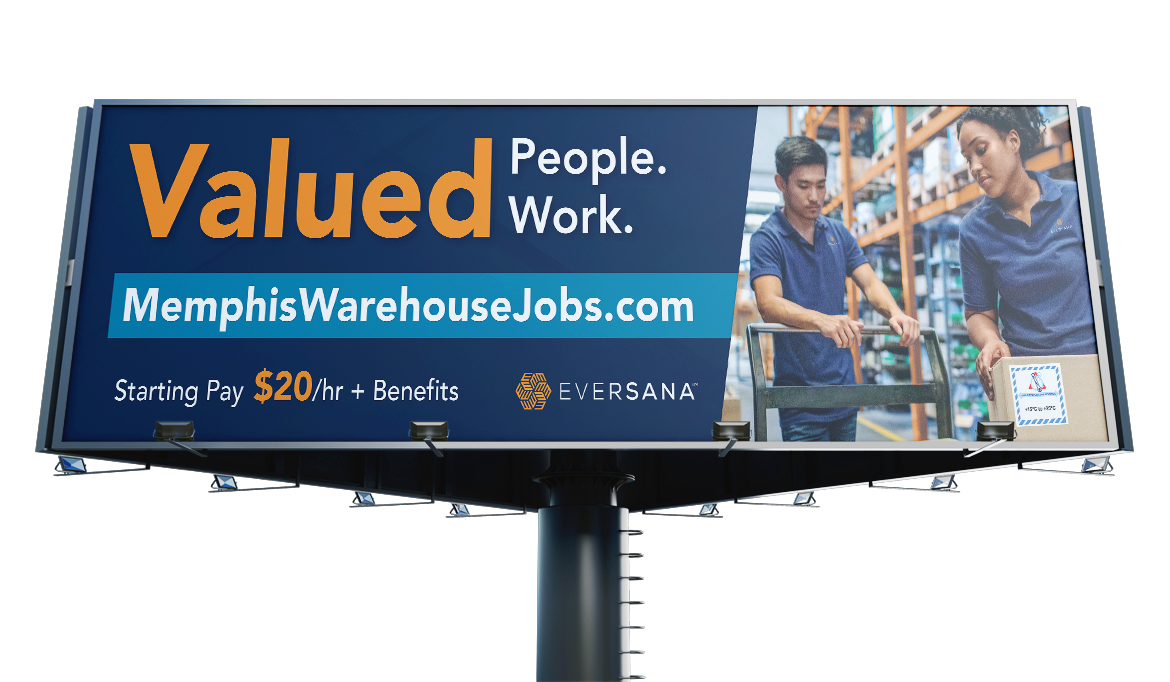 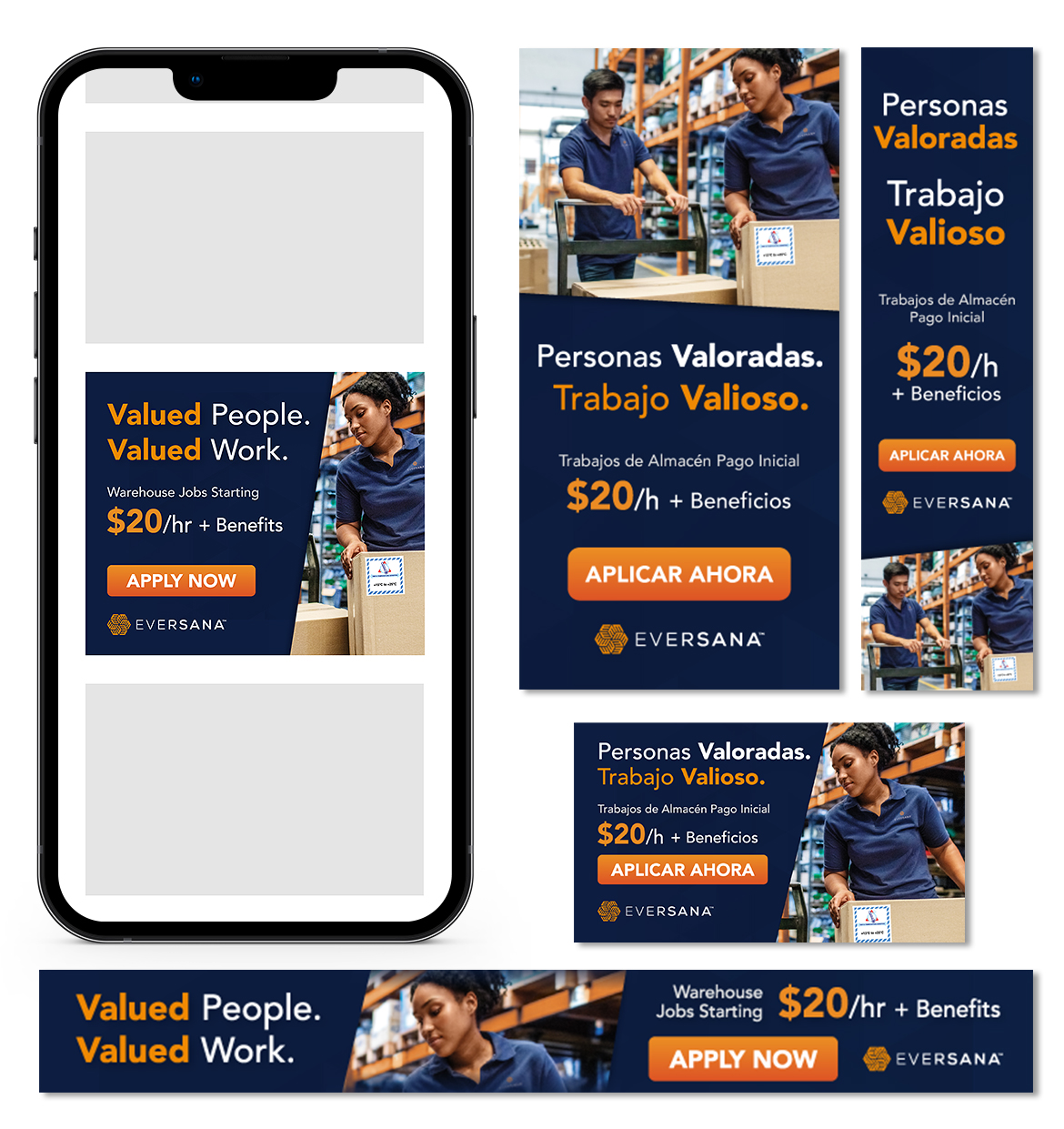 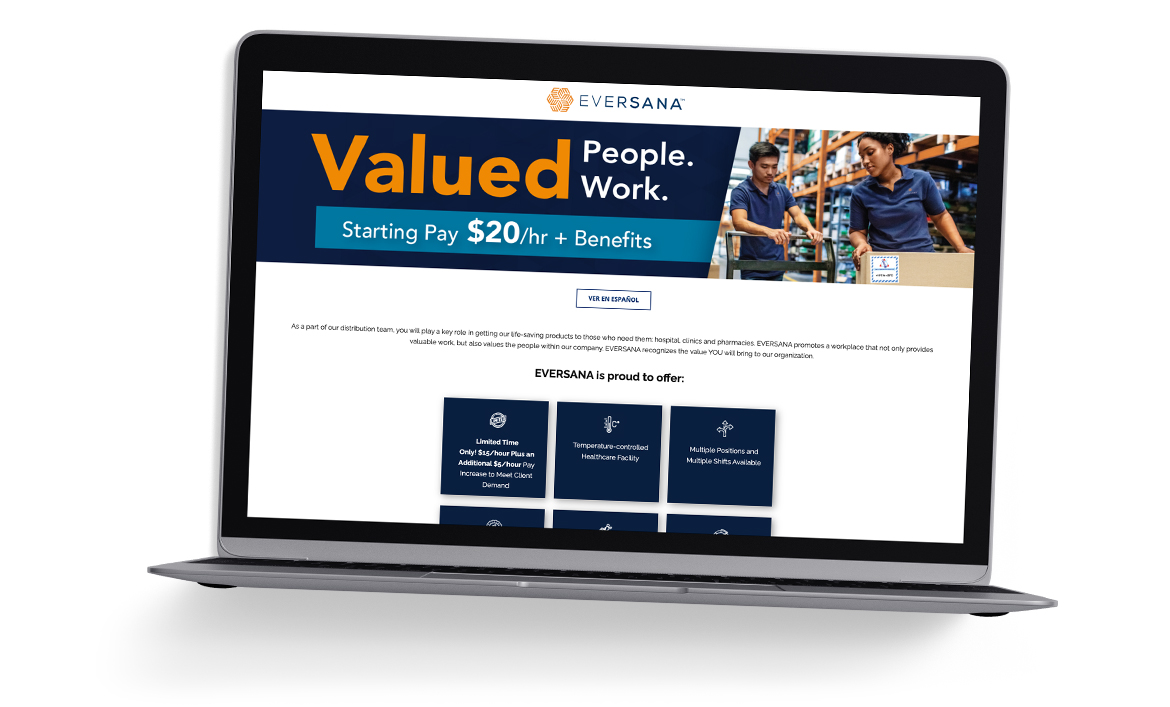 EVERSANA wanted to advertise job openings via billboards and geodome targeted ads in both English and Spanish. Knowing that drivers only have a couple of seconds to read a billboard, the design was kept very simple with a large image and bright colors to capture attention — a simple URL was also selected so that interested workers did not have to spell EVERSANA.

Drivers who drive past the billboards will also be served geo-targeted digital ads on their phone as a second touchpoint, so a cohesive design was chosen so that there was recognition between the two.

Both the billboard URL and the digital ad CTA lead to a newly-created landing page, which showcased all of the open warehouse jobs. More information was added (in both English and Spanish) to these landing pages, however, the design was also kept very cohesive to drive brand recognition to people who are unfamiliar with EVERSANA.