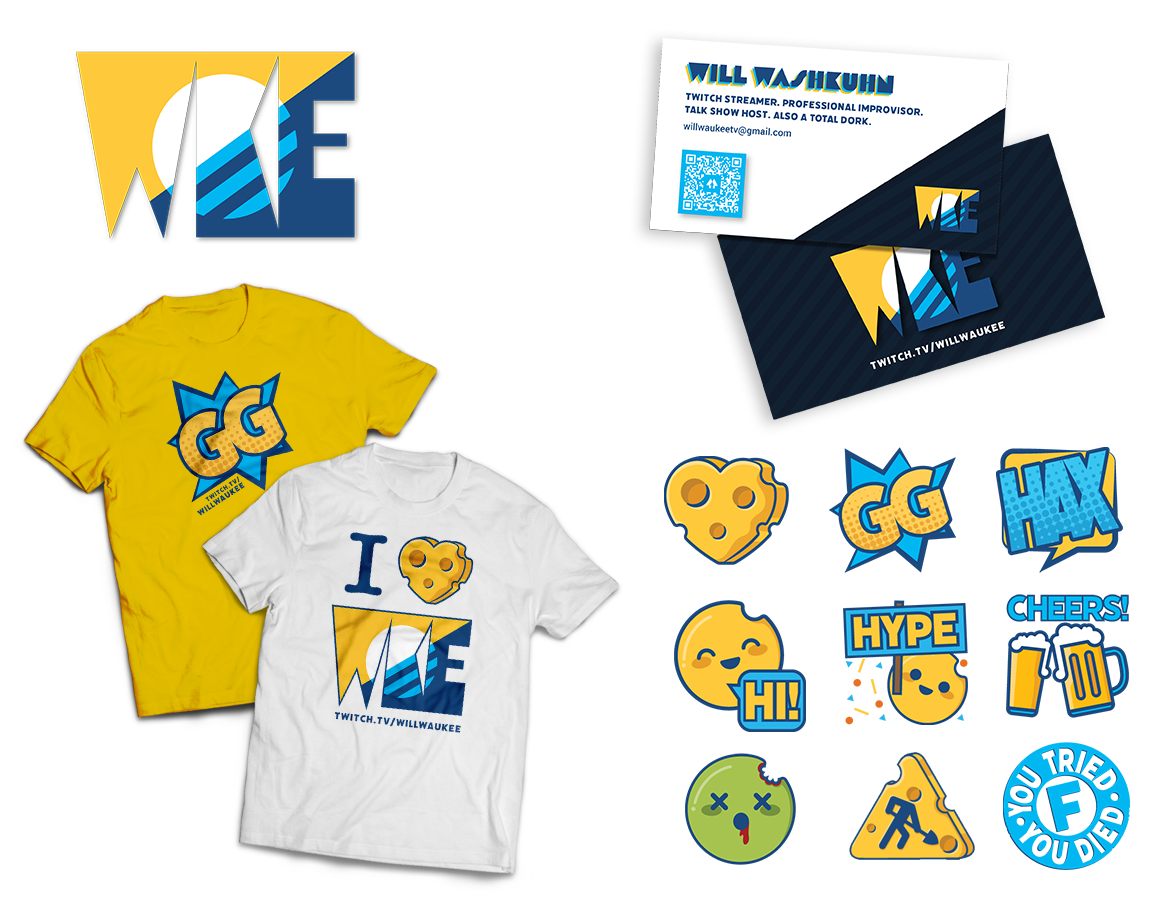 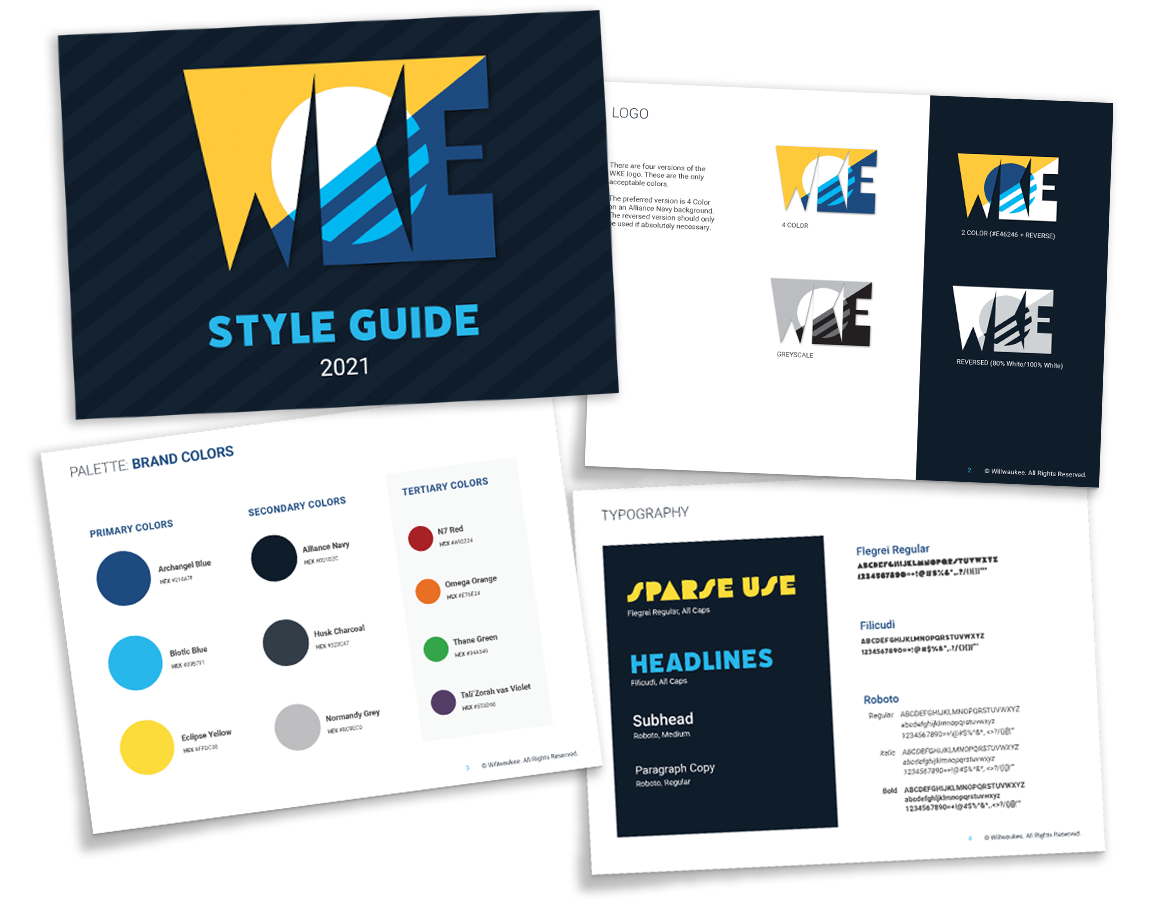 Developed a complete Twitch Affiliate brand design that can translate to print and other digital mediums, centered around his hometown of Milwaukee, WI.

Milwaukee and videogame themes were cheekily carried through the branding, especially in the custom Twitch emotes: a beer cheers, a cheese heart, and videogame sayings (GG/Hax). A character was also designed: McCurdy, an anthropomorphic cheese curd! McCurdy was helpful in designing emotes that show emotion: hype, cry, laugh, or saying hi!

Digital aspects of the brand include videos and animations. Videos were created from various aspects of Willwaukee’s stream, as well as convention coverage at various nerdy conventions, including GenCon! The videos can be found on his Youtube Channel, starting with the video “Streamer puts his face on the line.” Animation came into play with an animated emote and some animated stream scene transitions; there will be some animated emotes in the works in the future!

Print pieces currently include business cards and t-shirts designs. They have been a fun way to get the word out about the stream.